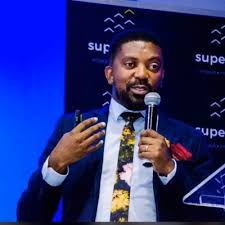 Renowned social media personality Tumi Sole says he wants people to be inspired by running and walking and sharing their stories using the hashtag #RunningwithTumiSole.

Sole says it took him four years to find courage to start running again after he was involved in car accident and assaulted at the scene in Soweto in June 2016.

He says to find solace and peace from the trauma he took to running.

“I took to running in 2016 and my life really changed for the better. Some of my friends are medical doctors and they’ve always spoken about how young people are affected by ill health, heart attacks and stuff and hence #RunningwithTumiSole came about. It’s really going to be a movement owned by everyone and people have embraced it.”

Sole says while people have a fear of running, with the hashtag he has also encouraged people including, Members of Parliament and Minsters to inspire other South Africans to run or walk.

Chat with Phiona on challenges during COVID 19

Tumi Sole in discussions with Cape Talk regarding...

Fellowship of runners in tip-top form