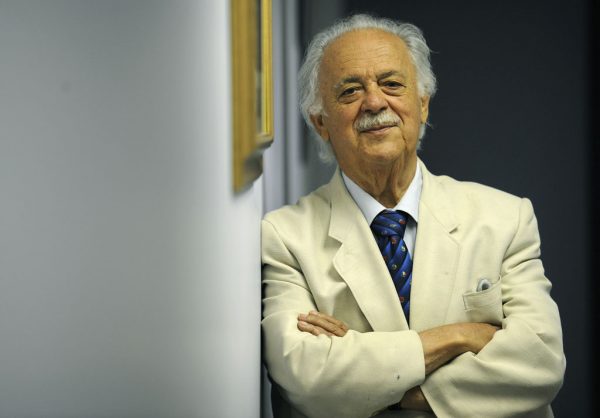 He was a humble soul, charismatic, a teacher of many and loved his country dearly.

George Bizos SC remains – in my view – one of the best human rights advocates of all time. I knew of Bizos through case law while I was studying at Wits University.

I would later meet him in person during a strategic ligation meeting when I was doing my articles at Lawyers for Human Rights and he was the lead counsel from the Legal Resources Centre. Bizos’ commitment to the wellbeing of the marginalised and vulnerable was unmatched and he used the law as an instrument to effect real change.

He was a humble soul, charismatic, a teacher of many and loved his country dearly. He was instrumental in the well known Rivonia Trial and the Delmas Trial, despite risk to life and limb at that time. He fearlessly represented his clients when it was unpopular to do so. Bizos’ life lessons will remain with me for the longest of time.

Through #CountryDuty we endeavour to ensure the marginalised and vulnerable are heard and represented. #CountryDuty is a registered NPO and social movement comprising South Africans from diverse backgrounds to empower South Africans to take action in relation to social issues close to their hearts and communities.

During the lockdown, for example, we challenged the state in the arrest of Mama Thandi Thabethe for selling atchar. We ensured together with South Africans that she was released. South Africans spoke against the harsh nature of lockdown regulations on the marginalised.

For young lawyers, I would urge that we do our part and honour George Bizos SC by taking up public interest litigation matters and also assist those who are marginalised and often do not have access to justice. Robala ka kagiso (rest in peace) Ntate George Bizos SC.

“Moruakgomo ha a swelwa ke kgomo, o lela selelo sa mothamo” i.e. When a cattle farmer loses a prized cow, he weeps with a mouthful, that is, weeping as he enjoys its meat. As we mourn the death of Advocate George Bizos SC, we cherish his legacy, find solace in his selfless service to the nation and contribution to the liberation struggle.

Tumi Sole is founder of #CountryDuty