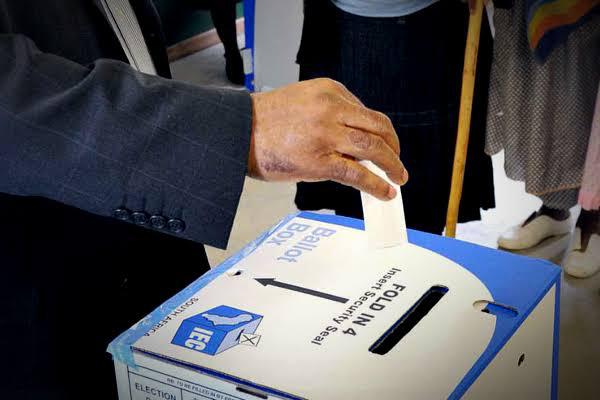 – Lawyer and social media activist, Tumi Sole, has spoken about the significance of the independent candidate judgement earlier on Thursday

– Parliament will now have to study the judgement’s practical implications

Activist and lawyer, Tumi Sole, has weighed in on the independent candidate judgement by the Constitutional Court declaring the Electoral Act unconstitutional.

Justice Mbuyiseli Madlanga announced on Thursday that the Electoral Act is unconstitutional and that the law must be changed to allow independent candidates to take part in national and provincial elections without any affiliation to a political party.

Previously, individuals had to belong to a political party to be a Member of Parliament.

“I can conceive no reason that the limitation is justified. The Electoral Act is unconstitutional, the appeal must succeed,” Justice Mbuyiseli Madlanga said.

Speaking to Briefly.co.za, Tumi Sole, who is not shy to share his opinion, stated the significance of the judgement with the following statement:

“The ruling is significant as it signifies a huge shift from the status quo. In my view, it means that young people can now define their future and elect capable, accountable and emphatic leaders. It will no longer be business as usual and thus a fundamental shift in terms of democracy.”

Sole then acknowledged that electioneering is not cheap, thus the public figure and donor funding would have to be declared and published as it was found in the My Vote Counts case.

Pulane Manyama of Lekhu Pilson Attorneys said that the judgement is good as the Act infringed the right to exercise individual political choices:

“It also dissolves a system of concentrated organised crime,” she said.

The judgement has been suspended for 24 months for Parliament to amend the legislation accordingly.

Parliament Spokesperson, Moloto Mothapo, said Parliament had accordingly filed a notice to abide by the court’s decision and will study its practical implication. The IEC said it was ready to assist Parliament in amending the Act.

Earlier on Thursday, Briefly.co.za reported that Justice Mbuyiseli Madlanga handed down the judgment after the New Nation Movement sought to allow for an independent candidate to run for elections.

The group had challenged the Electoral Act 73 of 1998, adamant that it infringes on the right to exercise individual political choices, News24 reported.

The New Nation Movement had called for the Electoral Act to allow for independent candidates to contest both provincial and national elections.

Bizos was one of the best human rights...